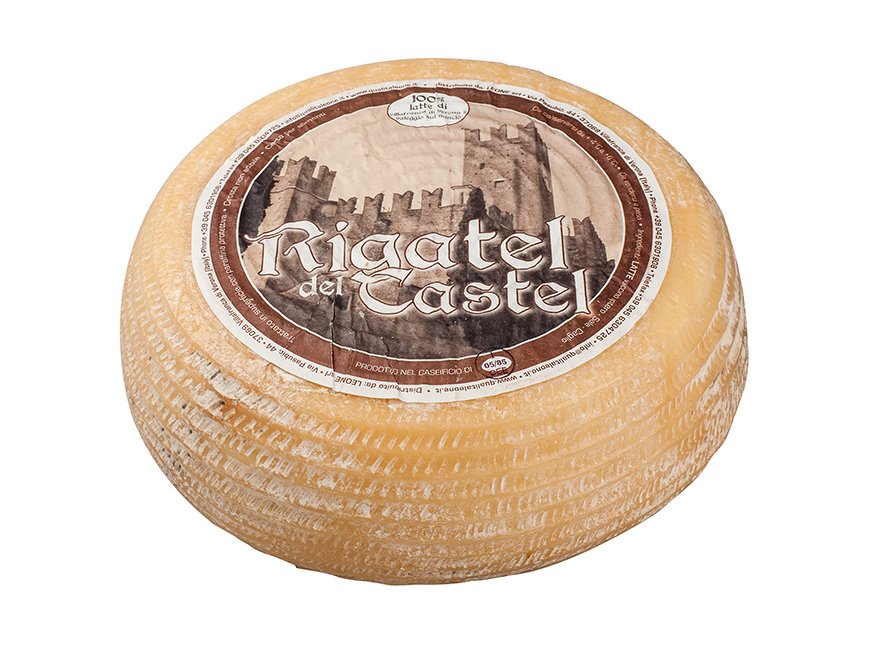 An ancient legend tells that in the year 1288, a few years after the renewal of the foundation of Villafranca by the Veronese Royal Family Known as the Signoria Scaligera, outside the walls of the Castle lived a family of cheese makers devoted to the production of chesse.

Every second Sunday of the month, inside the walls, a Palio was held, in which the plebs and the various noble and bourgeois families of the area partecipated; during this day of celebration games, competitions and markets of every kind were held. The Signoria Scaligera, on one of these Sundays, called for a competition with the aim of delighting the fine palates of the nobility present with products unknown of them. This competition was joined by cooks, confectioners, butchers from every where and also the young son of the cheesemaker of the castle. The coveted prize was 5 gold coins.

At the end of the games and the fashion shows, the Lordships present dedicated themselves to a sumptuous food festival. On the long table set for lunch stood extremely colorful and elaborate products and dishes. Only one of them looked poor and unappetizing, it was a simple squat and striped cheese in concentric circles. All the guests went to the most elaborate products, not considering this small humble wheel of cheese. The cheesemaker's son, discouraged by the lack of interest in his product, decided to cut it and offer small bites. The little cheese emanated such and inviting scent that all in attendance were attrached by that delicious aroma and went to the young cheese maker who, amazed but proud of the great interest shown by the entire audience, began to distribute them in small bites. Shortly thereafter, the entire escort of the young cheese-maker finisced. A few days later, the Signoria Scaligera summoned him to the palace to thank him and reward him for his success, and the young dairyman, proud af that moment, took his fathere with him. Once arrived in the presence of the Signoria, they were asked what was the recipe for the delicious cheese. "I can not divulge the recipe - said the young man - but i can only tell you the name Rigatel del Castel"

Characteristic cheese of the city of Villafranca. It is a cheese that looks poor and unappetising, its shape is squat and striped in concentric circles that gives off an inviting scent. its history begins towards the end of 1280, when during the prize held inside the Scaliger walls, a young cheesemaker made his cheese taste at the stalls.